One and only annoying problem with pacman : 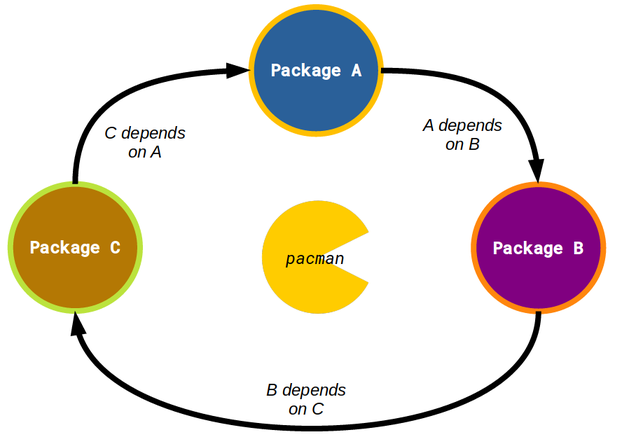 After long time searching I found a reliable solution.

This is the command line version.

We also see a GUI version of this while using Package Manager.

Here are the command sequence that Fix Cyclic Dependency Problem :

Why does this happen again #

Though Fix Cyclic Dependency Problem is easy, one might wonder why it happens again and again.

Yes, not always the downloads over internet are correct. Our download programs and torrent clients fix this automagically.

Even wget has -c option to continue broken download.

pacman can start updates again from the point it lost internet or error. However, it can’t repair broken package downloads.

Manjaro Linux has no weekly or monthly release. It is install once and update regularly kind of Arch Linux distribution. However everyone else might not follow this paradigms.

Sometime packages change dependencies. They sometimes touch the very core libraries or packages. This causes the version to version conflicts.

Hence the last option or prudent option is to clean all packages. Like in the above commands.

Hope that you now have an easy solution to Fix Cyclic Dependency Problem.